After a near 7 years when the AMG Black Series emblem was last ever used on a production car, Mercedes-AMG has finally crawled the badge out of its retirement and stuck it to an AMG GT coupe and as a result, the AMG GT Black Series was born. This pushes the boundaries of AMG’s efforts as it is the most sophisticated and most powerful AMG model ever made. The GT Black Series embodies Mercedes-AMG’s rich motorsport heritage and knowledge because they clearly know how to make dominating race cars. Most of the tech and designs are inspired by the AMG GT3 and GT4 race cars, and then applied to this track-focused weapon which is also road legal enough to be used on the city roads. This is the absolute peak of the AMG GT range and a huge jump from the AMG GT-R Pro. 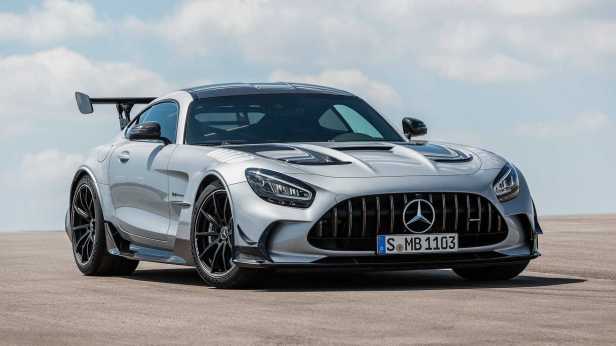 A lot of work has been done to the AMG GT Black Series to make it as extreme as possible and the notable change is in the engine. The standard 4.0-litre bitubro V8 engine has gone some tweaking process with the cross-plane crankshaft being switched in favour for a flat-plane crankshaft and an installation of a new exhaust manifold and new camshafts. I’m sure you asking yourself why Mercedes-AMG decided to take notes off Ferrari’s V8 flat-plane configuration and the reason for that matter its power. Not just mainly more power output but allowing a high torque output of 800 Nm at low revs at 2000 rpm to 6000 rpm. The flat-plane set up allows the crankpins to be on the same plane with a 180-degree offset.

The engine produces an incredible 730 hp (544 kW) consistently thanks to a firing order of the cylinders which is 1-8-2-7 4-5-3-6 and that contributes to agile throttle response. The car is said to sprint from 0-100 km/h in just 3.2 seconds and it does 0-200 km/h in under 9 seconds with a top speed of 325 km/h. The 7-speed AMG SPEEDSHIFT DCT 7G transmission has been shared from the AMG GT family but tuned specifically for the AMG GT Black Series.

The suspension was not spared at no cost as AMG went into work to include a high camber and toe-in stability which is ideal for high cornering speed. AMG coil-over springs with adaptive damping have been added and as a result, they can be electronically adjusted to cope with different track and road conditions. The grip has been enhanced with an addition of Michelin Pilot Sport Cup 2 R MO tyres specifically made for this car and for stopping power, the AMG ceramic high-performance compound brake system has been included. 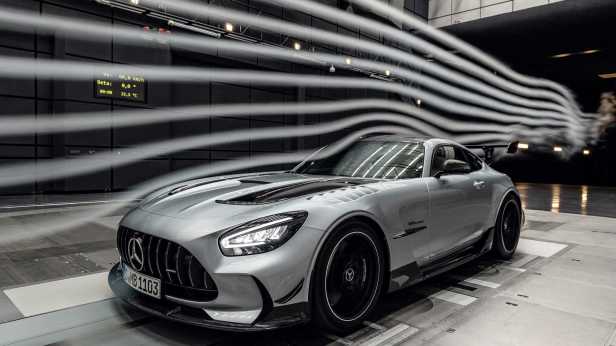 The most exciting and revolutionary engineering part of the GT Black Series is the outside. There are extensive performance upgrades which are very much visual to the eye, and I am talking about the large gaping grille and a massive rear wing. Seems like Mercedes-AMG also took another note from their rival BMW and fitted a large grille but instead it looks better and it is there for good measure. The design is just like on the AMG GT-R with vertical struts finished in black chrome. The sickle-shaped flics increase downforce on the front axle and improve brake cooling. 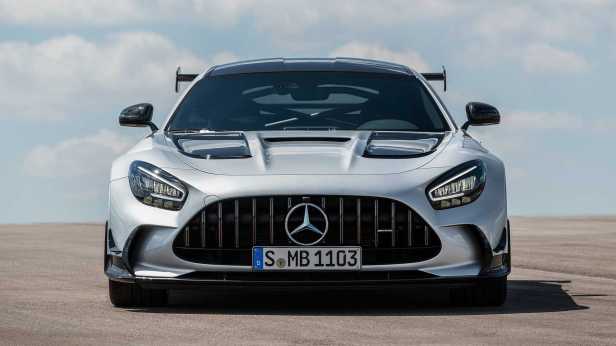 The front splitter is made with carbon fibre and can adjust according to the street or race setting. The front diffuser is active as it can adjust automatically to increase underbody airflow which by the way has been almost fully panelled. All of this is done to achieve agile steering output and increased high-speed cornering. The bonnet is made out of carbon fibre and has two large exhaust air openings which allow for gained aero purposes and engine cooling. 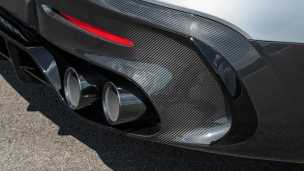 The rear-wing has an upper blade which electronically adjusts by 20-degrees by opening and closing to control air resistance. The roof and tailgate are also made of carbon fibre and the roof has the material in order to improve the downforce on the car. All of this contributes to the car generating 400 kilograms of downforce at speeds of 250 km/h which is a lot. This is exactly how much aero has been done to make this a track killer. In addition to the rear look, a new four-tailpipes exhaust system made of thin-walled stainless steel has been installed but rather produces a disappointing exhaust sound similar to an A45 S AMG and part of the reason is that the crankshaft doesn’t allow for a growling noise to be made. 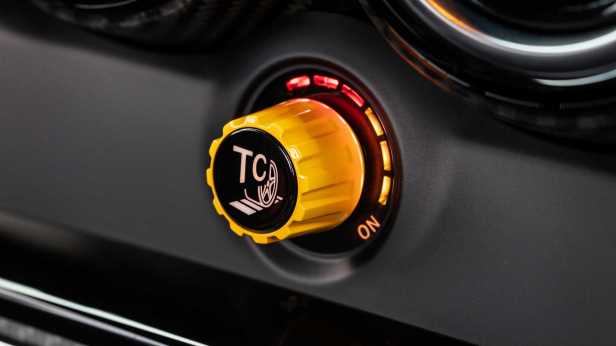 The inside is cosy and typical Mercedes luxury as the trim is finished in Matte Black carbon fibre trim and the seats are made out of carbon fibre also. A 12.3-inch instrument cluster is involved on the driver’s eye with three different display styles which include classic, sporty and supersport. A 10.25-inch infotainment screen and air condition have been included. If you move your eyes lower, you’ll notice a yellow dialler which is the AMG traction control and that has nine-slip settings which determine how much you can slide the car instead of turning off the traction system completely by just a push of a button. The door handles are now loop pull handles to reduce weight I suppose.

There is no word confirming this coming to SA but I’m pretty sure some units will come to our shores with a predicted price of around R7 million. 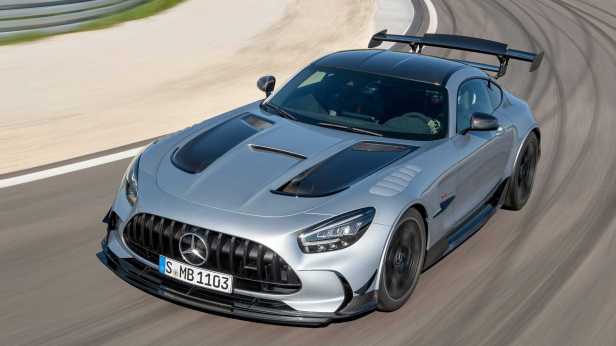