The month of October had minimalist car reveals as others were overshadowed by the Golf 8, as it was attracting a lot of attention in the automotive market. Still, some admirable cars came out of wraps and had a fair share of fame. Here are our Top 10 Cars of October.

The boys from the Hyundai N Division have fiddled with the H1 Bus to make a redneck, powerful 8-seater that easily pushes close to 300 kW. The visuals straight away identify this creation as a tuned bus made only for one purpose, drifting. A front splitter was added alongside with double-spoke rims from the i30N and a lowered, stiffened suspension to improve on handling. A black rear roof spoiler was added and twin-exhaust pipes coupled with a mean rear diffuser. The blue body colour scheme works very well with the shape of this bus.

The Hyundai N division has also fitted a 3.5 litre twin-turbocharged V6 engine that produces well over 400 hp (300 kW) and 555 Nm of torque. It has been mounted to an 8-speed automatic transmission. We applaud car manufacturers for creating these crazy projects to test the market but unfortunately, we won’t see this on SA shores very soon. It has been made available for Australians to purchase and we are pretty sure that they will fall in love with it immediately.

South Africa’s favourite car has just received another trim model at a cheaper price and they have brought back the Conceptline name. Volkswagen saw a huge gap in the price point between the Polo Vivo GT and Polo TSi thus deciding to slot in a much cheaper version of the current Polo hatchback. The Polo Conceptline is powered by a naturally aspirated 1.6 litre 4-cylinder petrol engine that produces 66 kW and is mated to a 5-speed manual gearbox. 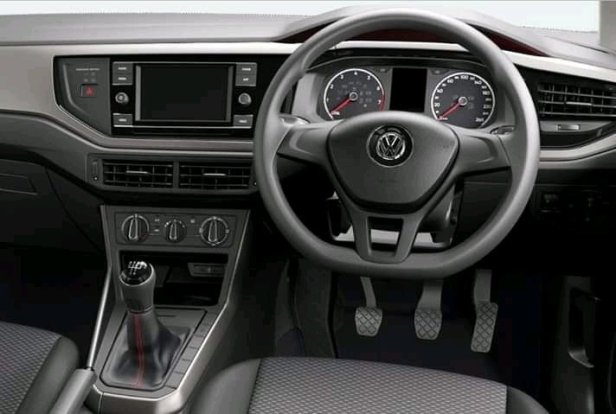 It comes in a decent package including daytime running lights, an infotainment touchscreen with Bluetooth connectivity and electronic stability control. You can still add options on it like front and rear parking sensors. This still begs the question, would you pay an extra R30000 for the Polo Conceptline over the 89 hp (81 kW) Polo Vivo GT? But remember that you benefit in terms of cargo spaces and interior space, it’s all up to the buyer what his or her preferences are.

Another Ferrari named after a city in Italy has been recently revealed as a two-seater GT coupe and will join the line-up as one of the finest models that Ferrari is offering to its customers. If you are a lover of classic Ferrari cars, you will notice some resemblance in the design from cars such as the 250 GT Berlinetta Lusso. And if you are an ordinary car lover, you will notice that some design cues come from the Maserati GranTurismo Coupe and the Aston Martin DB10 Concept. But we are not complaining that much because it looks absolutely magnificent.

This is sort of a mid-range GT car that is powered by Ferrari’s astonishing 3.9 litre twin-turbocharged V8 that manages to return an incredible soundtrack. It produces 612 hp (456 kW) and 760 Nm of torque and it is managed through an 8-speed dual-clutch transmission. Ferrari claims that it can do 100 km/h from standstill in just 3.4 seconds and top up at 320 km/h. The driver gets an instrument cluster large in size and a portrait-style infotainment screen and also a screen for the passenger to watch whatever is there like the current speed or the song that’s playing. 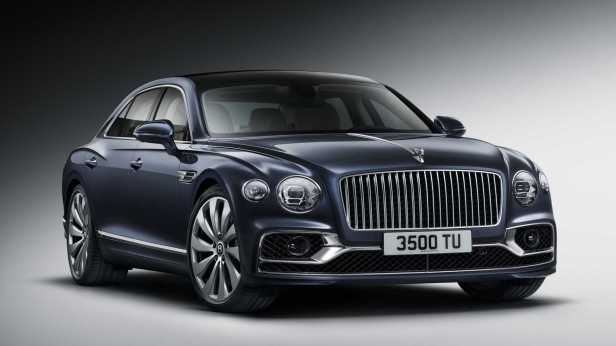 Here’s one from the British luxurious car maker and they have pulled out all the stops to make the new Flying Spur even more gorgeous. At first glance, you will immediately notice straight away that the styling has been derived from the current Bentley Continental GT. It features a huge shiny front grille with the Bentley “Flying B” statue that hides away whenever unneeded. For a more flush luxurious look, the new Flying Spur gets LED Matrix lights and huge 21-inch wheels plus a gargantuan panoramic glass sunroof which is optional.

The inside is as lovely as the exterior featuring a rotating 12.3-inch infotainment touchscreen on the dashboard. The 10-speaker Bang & Olufsen sound system is said to be quite ear soothing when you sitting on the rich leather seats. The Flying Spur is powered by a 6.0-litre W12 engine with an output of 626 hp (467 kW) and 900 Nm of torque shifted through an 8-speed dual-clutch auto transmission. It does 0-100 km/h in just 3.8 seconds and tops out at 333 km/h. Even if it has this crazy speed, everything is well insulated inside and it rides on active air suspension for an added extra comfort. 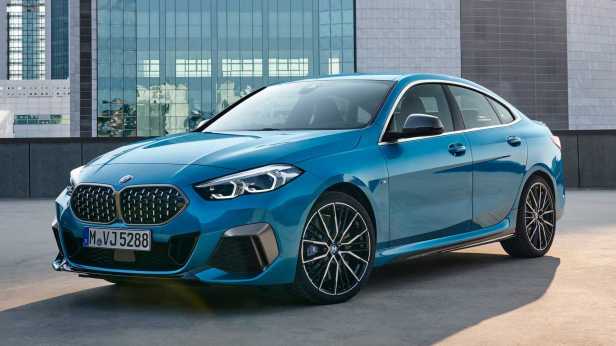 We have long awaited a four-door version of BMW’s popular two-door model and at last, it has arrived, taking shape as a Gran Coupe in the 2 series line-up. This means that there is extra legroom and headroom with the boot space not being sacrificed that much. The whole car is completely new sitting on BMW’s new front-wheel drive platform with xDrive being optional on all trim models. The whole look has come with controversial comments with people suggesting that the front looks too similar to the 1 series and the shape of the car looks a bit squashed. 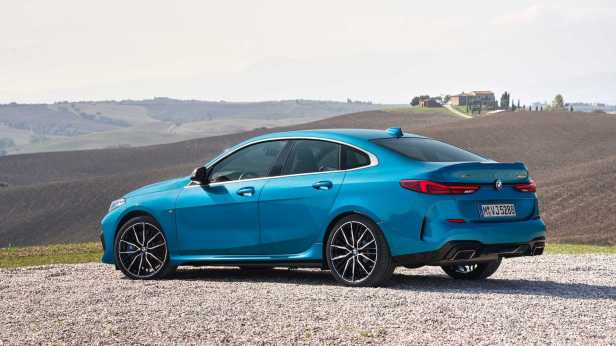 The top of the range M235i borrows the 2.0 litre turbocharged 4 cylinder from the current M135i which produces 302 hp (225 kW) and 450 Nm of torque. The M235i is set to rival the Mercedes Benz CLA 35 AMG but honestly, the CLA looks much nicer with its slim lights and sleek body shape. Although we cannot judge the new 2 Series Gran Coupe’s looks until we get to see it in the metal. The new BMW 2 Series Gran Coupe will bring a new design language for future BMW models. 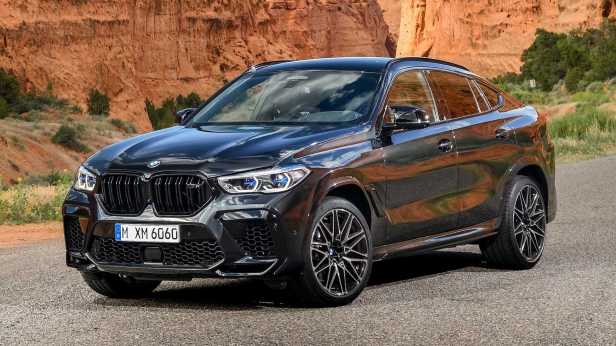 The car that started the SUV Coupe saga has been redesigned for its third-generation incarnation and has been given the proper BMW M treatment. The new X6 M comes with a bolder and aggressive look coupled with new BMW M Competition wheels for the M Competition variant. The BMW laserlights are offered on the X6 M but don’t come with the illuminated kidney grille like on the normal X6. The X6 M shares a lot of its DNA with the third generation X5 M like the chassis, engine, interior equipment, and suspension. The only difference is the body shape and boot space whereas the X5 M has a larger boot capacity. 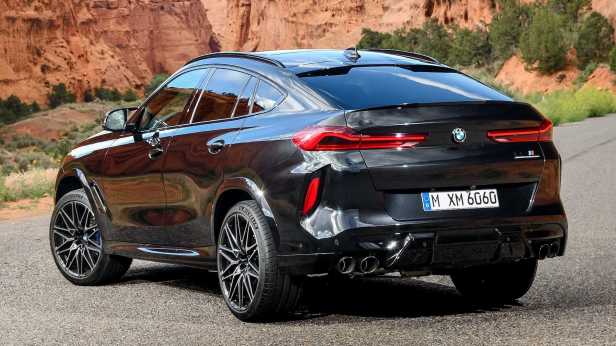 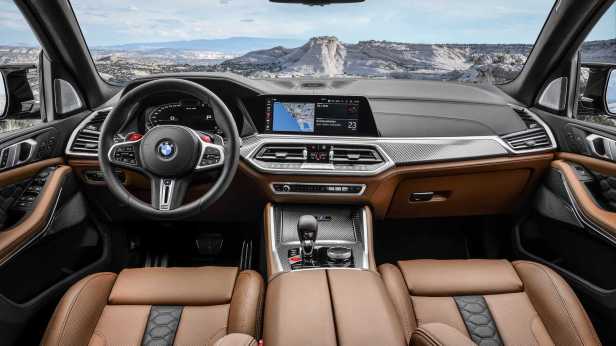 The engine has been borrowed from the current M5 F90 which is a 4.4 litre twin-turbocharged V8 with 600 hp (447 kW) and 750 Nm of torque while the Competition variant produces 617 hp (460 kW). The X6 M has been introduced to the new M xDrive system which has only two modes on it which is AWD and AWD Sport. Although there is no 2WD mode, the car can still slide about while maintaining some stable control for the driver. The system is mounted to an 8-speed Automatic torque converter which is now used on most M models. 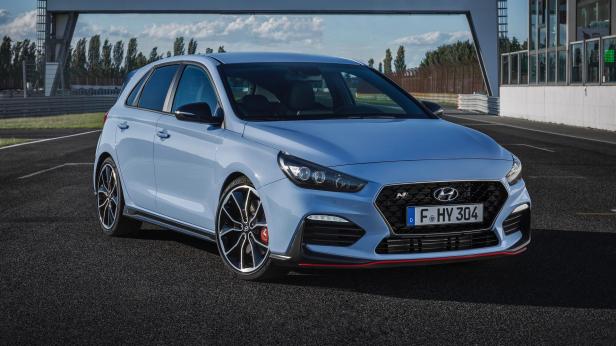 The hot hatchback that came as a surprise to many car enthusiasts has finally been announced for the South African market which got a lot of people excited as many wanted to purchase this Korean hot hatch. The first thing you must know is that the i30 N is powered by a 2.0 litre turbocharged petrol engine which comes in two versions, one produces 247 hp (184 kW) and the other produces 271 hp (202 kW) and both make 353 Nm of torque. It comes only with a 6-speed manual gearbox which can take it from 0-100 km/h in just 6.4 seconds in the 247 hp (184 kW) version and 6.1 seconds in the 271 hp (202 kW) version respectively.

The i30 N comes with a great lot of equipment if you’re looking for a relaxing cruiser to move about on the highway or for urban city driving. A lot of journalists have praised its capability to handle corners well and it is a quick car when accelerating. The arrival of the i30 N is expected in January 2020 and all seems well for its anticipation but there is one problem. The thing is it expected to be priced at well over R700 000 reasoning being the limited number of units coming to South Africa. People are not quite happy with the pricing stating it is overpriced and who would pay that much for a Hyundai badge but we must not judge it until we get the driving experience.

Joining its brother, the X6 M, is the brand new BMW X5 M in its third generation. The X5 M is one of four new BMW M SUV’s introduced in 2019 and are seriously taking on the competition. This beast is powered by a 4.4 litre twin-turbocharged V8 with 600 hp (447 kW) on the standard model and 617 hp (460 kW) on the Competition models, with both versions producing 750 Nm of torque. The BMW X5 M gets a deeper, aggressive front bumper and large wheels. The rear accommodates quad exhaust pipes with two at each end.

The BMW X5 M comes with some interior changes like the specific BMW M seats covered in leather, an M gear selector and M badging all over the interior. The digital instrument cluster has been tweaked and changed to display dials with a BMW M theme. On sport mode, it will change and display the speed on the center of the instrument cluster screen. The chassis has been stiffened and air suspension comes as standard for the model.

The king of all BMW M models has finally arrived and as expected it looks very much sexy and appealing to the eye. The four door coupe has received similar styling tweaks like the BMW M8 Coupe but what makes it nicer is the long wheelbase with extra four doors which add extra legroom space for the rear passengers and they can sit in comfort. Boot space is about the same size as the M8 Coupe’s boot. 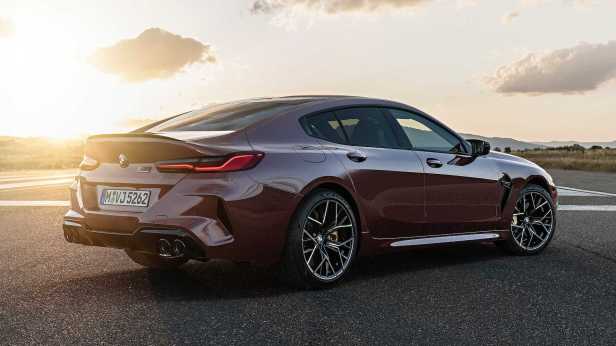 The M8 Gran Coupe is of course powered by the same engine used in the M8 Coupe, a 4.4 litre twin-turbocharged V8 with 600 hp (447 kW) and 750 Nm of torque in the standard model but boosts a total of 617 hp (460 kW) in the Competition model. The standard M8 Gran Coupe can do 0-100 km/h in a mere 3.5 seconds but can do it faster in the Competition model at 3.2 seconds. The M8 Gran Coupe is definitely the king of BMW M cars but I suspect not the best but its nameplate puts it at the top of the food chain.

The most anticipated model of the year made its debut live from Wolfsburg and first impressions are I am pleased with the looks and tech. Most people are yet to see it live to accept the looks because photos don’t do the Golf 8 much justice. 45 years ago, the first Golf was born and since then all the generations have sold more than 35 million units in total worldwide. The new Golf 8 is a big transformation in terms of tech but not sure about the looks because it hasn’t changed drastically. The front lights are much slimmer and now come as standard with LED lights, same as the rear lights. The matrix LED lights are an optional package. The Golf 8 is much bigger as it is 29 mm longer, stands 4 mm taller and 10 mm narrower. 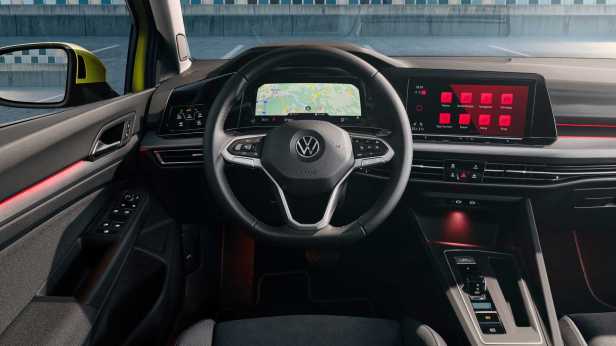 It comes in three trim models: Golf, Life and Style. The interior has become more advanced as the touchscreen infotainment and digital instrument cluster come as standard now. It features Car2X connectivity which connects with other vehicles with the same connectivity and communicates about oncoming on-road alerts such as a collision. The engine range is quite a lot with a 1.0 litre 3-cylinder coming in three versions producing 66 kW, 81 kW, and 96 kW respectively. The 1.5 litre turbocharged 4 cylinder will produce 110 kW. A manual gearbox and DSG transmission will be offered. Expect it to launch in the second half of 2019 in South Africa and it will come with the GTi variant said to produces more than 180 kW.