The Frankfurt Motor Show was the highlight of car reveals despite the event being held every two years. Automotive makers came in large numbers to showcase their latest creations and additional models to the line-up. Concept cars will not be featured on the list, only production-ready models. Here is our Top 10 car reveals and launches for September 2019. 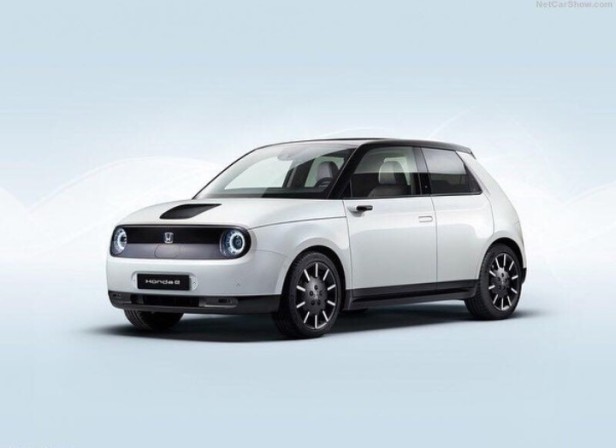 This car was revealed several years ago as a fully-fledged concept car but now it’s ready for production and it doesn’t seem like they have changed much of the design for the road car. This cute little electric car is the most talked-about model because it gives much hope to consumers that they will be able to afford such cool looking electric cars in the future. This is a blend of retro-futuristic design which makes this city car look so damn good. 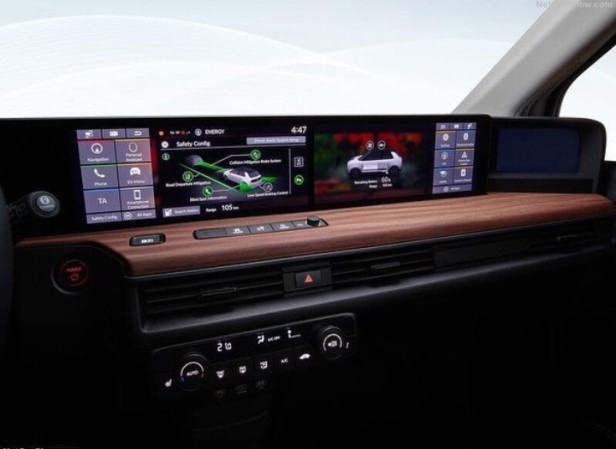 The body shape is boxy but yet aerodynamic with pop-out door handles. The front lights complement the taillights with similar circular LED lights. The range of the car has not been confirmed yet but I’m sure it will do well over 450 km on a single charge. The interior dash has 3 huge screens that serve as a digital instrument cluster and infotainment screen. It’s not said when it will go on sale but will be fairly priced considering the looks.

The G V12 900 can sprint from 0-100 km/h in just 3.8 seconds and has a limited top speed of 280 km/h. The wide-body kit adds 100 mm to the wideness of the body which improves the stance and has been lowered for improved handling. There is a lot of carbon fibre material on the exterior plus a roof-mounted rear wing, custom suspension modification, and a lovely leather interior. This is a very cool car but not so cool on the price because it will cost around R10 million or even way more and only 10 units will be made.

This is another addition to the EQ model range and it joins the EQC as the first-ever all-electric premium van.  This is based on the Mercedes Benz V-Class which is a favourite to many people and this is my first time not minding an electric version of the existing petrol-powered model. The front is redesigned, futuristic grille design similar to the EQC coupled with futuristic wheels. This will have a 90 kWh lithium-ion battery pack integrated with an electric motor which produces 201 hp
(150 kW) of power and promises a range of 400 km. 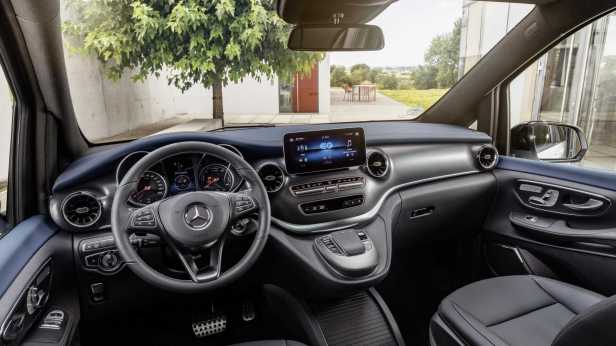 Just like the normal V-Class, the EQV will take seven to eight passengers in comfort with a refined cabin which includes privacy glass. What the V-Class can do, the EQV can do also. The EQV comes with Mercedes Benz’s latest MBUX system which can be used on a single tablet-style 12.3-inch screen with voice control. Prices have not yet been announced but it is expected to launch late 2020.

One of the cutest cars that Nissan makes has gotten a complete makeover. People have criticized the looks of the Juke in the past and I just don’t get why people called it an ugly SUV. You need to appreciate its uniqueness and proportions because this is a decent looking car plus it’s unlikely that it will get stolen. Anyway, the new Juke adopts a more futuristic design with a slim front LED light design, a two-tone exterior color scheme, and a sensible rear light design. 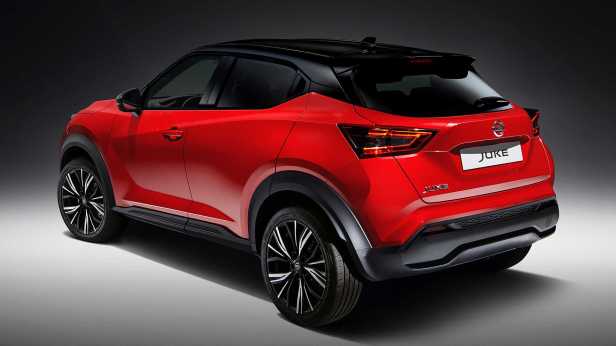 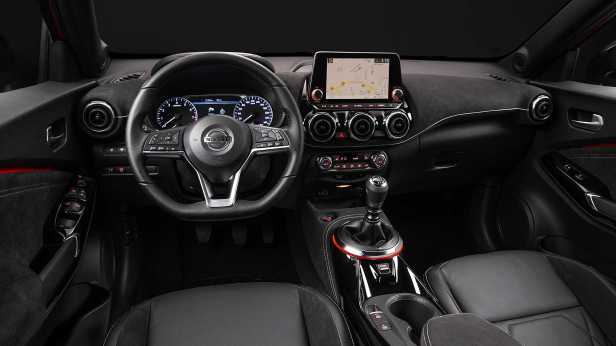 The engine powering this cute beast is a 1.0 liter 3 cylinder turbocharged petrol engine with 117 hp (87 kW) for either the front wheels or for a four-wheel drive version. There is a choice of a six-speed manual and a seven-speed dual-clutch automatic. The interior looks more posh thanks to an 8-inch touchscreen providing access to the NissanConnect system that includes Apple CarPlay and Android Auto. Prices are yet to be announced and I believe Nissan will sell a lot of Jukes.

The long-awaited Volkswagen T-Cross has gone on sale and already is on the top ten of the best-selling cars of September 2019. This small SUV is based on the Polo hatchback but looks way different from it. In fact, many car reviewers have praised it for its looks, practicality, performance and pricing figures. Volkswagen even built a mini-city to launch it, dubbed the T-Cross City. At launch, there is the 1.0-liter TSi engine with 114 hp (85 kW) but the punchier 1.5-liter TSi engine will arrive next year in March.

There are three trim levels which are the Comfortline, Highline and R-Line and each trim level adds on special features like on the R-Line you get some chrome bits on the front grille, R-Line wheels, and a sporty bumper. The interior includes an optional Discover Media and an optional digital instrument cluster. What makes the interior stand out is the two-tone colour effect which lightens up the design of it. Prices start at R329 999 and it’s available to purchase at Volkswagen dealerships.

The legendary Defender that we all thought was going to die has been reintroduced for the 2020 model year with a whole new design look. The design is not too bad and they have decided to keep the retro design of the boxy shape. The adaptation of a retro design is similar to the Jeep Wrangler and Mercedes Benz G-Class. This SUV was made with a focus on being utilitarian but is coupled with a lot of features to modernize its capabilities and looks. 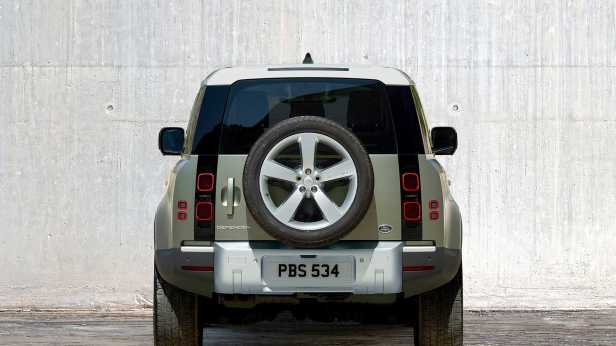 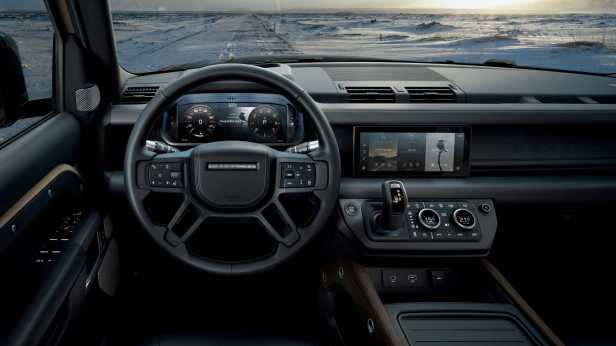 The Defender has two diesel engines on offer but if that doesn’t float your boat, there is a petrol engine and petrol engine with a mild-hybrid system. All models across the range come with four-wheel drive. The things you get as standard include a new Pivi Pro infotainment system. There is a lot of equipment you can get on the new Defender like the Adventure Pack which includes air compressor or the Country Pack which includes a rinse system. There’s a lot to love about this SUV and a whole lot more when it arrives in SA next year. 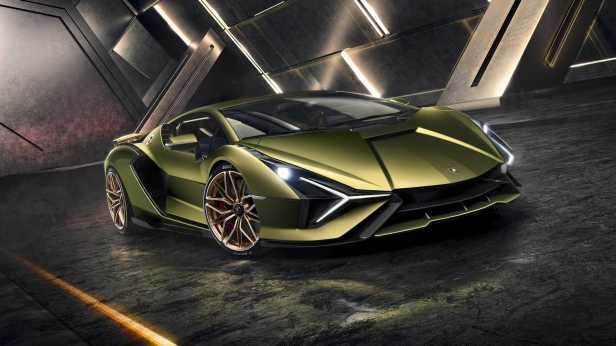 The most insane, most powerful and fastest Lamborghini ever made has gone public at the Frankfurt Auto Show. This is the first-ever electric model from Lamborghini and in all its glory the design looks superb. This hypercar is powered by a 6.5 liter naturally aspirated V12 engine accompanied with a 48-volt mild-hybrid system and in total it produces 819 hp (602 kW). That much power is shifted on a seven-speed automatic gearbox.

It can do 0-100 km/h in just 2.8 seconds and has a top speed of 350 km/h. Talking about the exterior of the supercar, you’ll notice at the back the six hexagonal LED taillights. Lamborghini has a planned production of just 63 units and it seems like already they have been sold out. This is a first of many hybrid supercar adaptations for Lamborghini and they are planning to introduce that on the next coming Lamborghini Aventador. 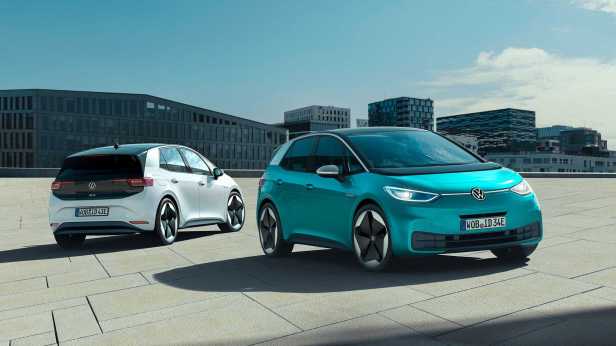 The quick charger 100 kW can charge a range of 290 km in just 30 minutes. Volkswagen says the ID.3 will produce 204 hp (150 kW) and 310 Nm of torque. The top speed is electronically limited to 160 km/h. The ID.3 base model will still come with Sat-Nav, heated front seats, and 18-inch alloy wheels. The more expensive models get adaptive cruise control, keyless entry, matrix LED lights, heads up display and more. The ID.3 will prove that we are ready for the future which is driving electric cars.

Audi has raised the bar in the performance SUV segment as they have introduced two of their newest SUVs sharing the same heart but not the same skin. The RS Q3 is your typical SUV whilst the RS Q3 Sportback is shaped to be an SUV coupe with a sloping roofline. Both cars share a reworked 2.5-litre turbo-petrol 5-cylinder from the RS3 model which produces 400 hp (294 kW) and 480 Nm of torque. I’ve just stated that engine was reworked however it still produces the same power output. That’s because the engine was made lighter to save more weight on the cars.

Both cars can do 0-100 km/h in just 4.5 seconds and have a top speed of 250 km/h but that can be increased to 280 km/has an option. The exterior is more aggressive with both cars receiving a blacked-out front grille, RS sport wheels and the RS oval-style dual exhaust pipes. The RS Q3 models get the Dynamic Chassis Control as an option to make the ride and handling more sophisticated. The cars are expected to arrive in early 2020 with a price range of well over R1 million.

Audi’s sexiest and most gorgeous model is back and way more beautiful than ever. The Audi RS7 was praised for its elegant shape and striking looks that put other 4 door coupes to shame.  The RS7 Sportback is powered by a 4.0 liter twin-turbocharged V8 you find in the new RS6 Avant and it produces a whopping 600 hp (447 kW) and 800 Nm of torque. It can do 0-100 km/h in just 3.6 seconds and has a top speed of 250 km/h which can then be increased to 280 km/h with the optional Dynamic Package and can go further to 305 km/h with the Dynamic Package Plus.

The RS7 makes do with a complete redesign over the A7 with a more aggressive front bumper complemented with a black grille. The RS-specific wheels make it look more aggressive alongside flared wheel arches. At the back, it’s a strip taillight and a retractable boot spoiler which opens up at high speeds. The RS Oval-styled twin exhaust pipes can be much louder with an optional performance exhaust system. Air suspension and rear-wheel steering come as standard on the RS7 which makes up for more maneuverable steering input. You get dual touchscreens with the Virtual Cockpit. There is a lot to love about the RS7 and the number one thing is the looks.