From the reveal of the most powerful electric car to the launch of an affordable hot hatchback, July has brought a lot of exciting cars to the table. Even though some sad news broke out of the X-Class being discontinued, the month never fell short of new cars coming to the market. The car industry in South Africa is forever expanding with the recent entrance of Haval motors and Suzuki reporting increasing car sales every month. So here are our Top 10 favourite car reveals and launches of July.

The French manufacturer has just given one of their best selling models a minor makeover for the 2020 year model. Straight away you will spot revised rear lights, new daytime running LED lights design and an updated front bumper. The design shows it was not exactly completely redone and that is a good move because the design has always been clean and economical. Surely it was done to avoid the increment of the price point because this car has always been priced well and it meets most needs of customers.

The exterior is not only the part of Sandero that has been tinkered with, but the interior has also been given additional design features for a more upmarket appeal. As standard, you get a 7-inch touchscreen infotainment system which now features Apple Carplay and Android Auto. You get a choice of two engines namely the 1.6-liter petrol with 85 kW and a 1 liter 3-cylinder turbopetrol with 58 kW. You can opt for either a five-speed manual and for the first time a CVT-transmission. The Sandero is a good car and it has a lot of character to give to be able to face the rivals.

Automotive media houses got to sample the new Swift Sport in July and most of their reviews praise the cars design, performance and delivering a thrilling hot hatchback experience without hurting the pocket that much. It is powered by a 1.4-liter turbocharged 4-cylinder petrol with 103 kW and 230 Nm of torque driving the front wheels and that power is shifted on a six-speed manual gearbox as standard. There is also a six-speed auto available for a more refined driving experience. The Swift Sport can do 0-100 km/h in just 8 seconds and flat out at 205 km/h.

Most of the mechanicals from the normal Swift have been improved on the Sport model with the stiffness of the car increased and the suspension lowered for good handling ability. The design also looks very good with standard daytime running LED lights, twin exhaust pipes at the rear and widen wheel arches for a perfect stance look. The interior has received the touch of a sporty design with boost and oil temperature gauges included. The manual Suzuki Swift Sport starts at R315 900 and the automatic at R335 900.

Immediately after the Q7 received a major facelift, it also got a performance version. The SQ7 is of course known for the engine it once received which was very ridiculous. Back in 2008/2009, it had a 6.0 liter V12 TDI engine which many ask what the purpose of it was because certainly, you are not going to save fuel at all. The new SQ7 is not exactly newly introduced to a big V8 diesel engine because the 2014 model had one. 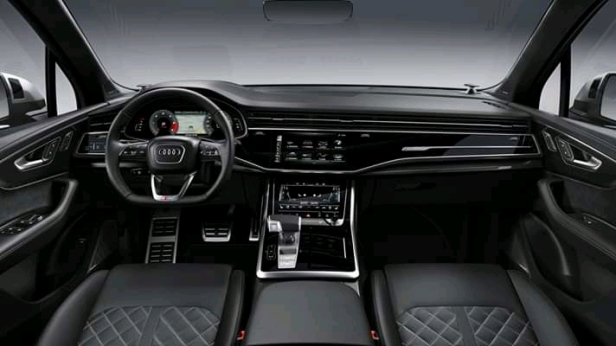 It has a more powerful 4.0 liter V8 TDI engine assisted by an electric-powered compressor boosting 429 hp (314 kW) & 900 Nm. The insane amount of torque from that engine contributes to the incredible sprint time of just 4.8 seconds when hitting 100 km/h. The top speed is limited to 250 km/h. The interior has also received the complete makeover with central dual touchscreens and Audi’s latest Virtual Cockpit. The interior is all-round amazing and luxurious. 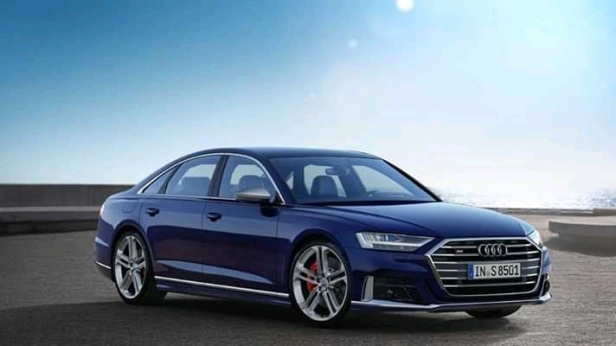 This is the Audi S model which has not received a high-performance diesel engine, instead, it has a good old fashioned 4.0 liter twin-turbopetrol V8 with 563 hp (420 kW) and 800 Nm of torque. The torque amount is still not far from the 900 Nm of torque you get in the 4.0 liter V8 diesel version. The engine is mounted with a mild-hybrid tech system with 48-volt to assist with braking recovery energy and power.

This system also helps with performance and efficiency regarding fuel and response. I’ve always praised the exterior of the S8 for being very subtle and not too sporty. But you will find some unique quad-exhaust pipes and slightly sportier bumpers for the front and the rear. The luxurious atmosphere is still there and it is coupled with tech fest. The S8 is available in standard wheelbase and long wheelbase.

The new generation Corvette has broken cover and from my viewpoint, I think the design does well with aggression and sleek body structure but it doesn’t make you go wow because it still resembles the previous generation Corvette design. There are some new things to be excited about because for the first time it will be in right-hand drive also but forget about it coming to South Africa. Previously it was front-engined but now it is mid-engined to balance the weight distribution. 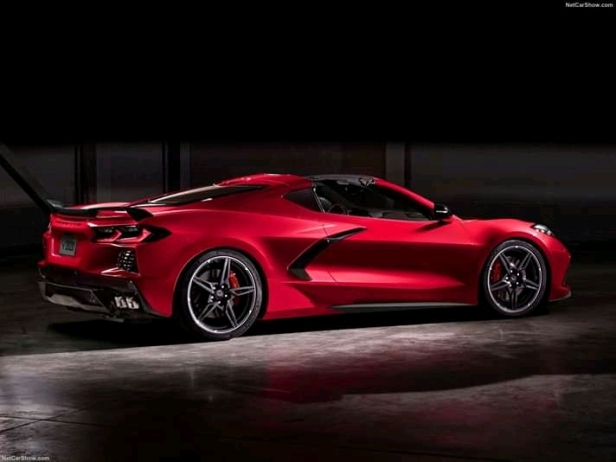 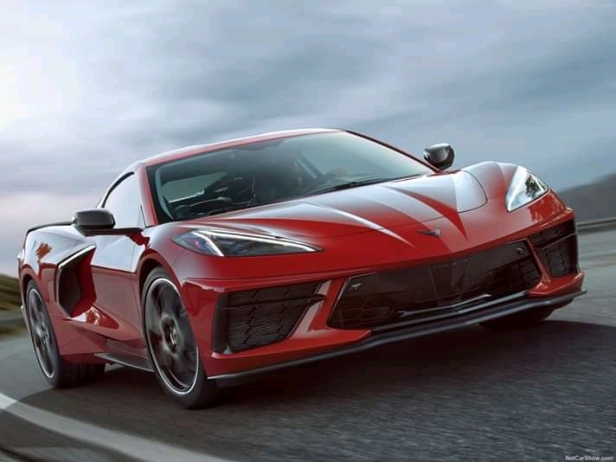 The engine is still the same recipe of a 6.2 liter Naturally Aspirated V8 engine with 490 hp (365 kW) and 630 Nm of torque. It can do 0-100 km/h under 3 seconds and you will be able to achieve that every time because they don’t offer a manual transmission anymore instead there is 8-speed dual-clutch transmission. It has three models trims on offer: 1LT, 2LT and 3LT. The Corvette is available in Coupe form or drop-top convertible.

The car that got a lot of attention in July is the most powerful electric car in the world, the Lotus Evija. All we know is that each wheel on this car has an electric motor that produces 500 hp and all four wheels together produce a staggering 2000 hp and 1700 Nm of instant torque. It can do 0-100 km/h in just 3 seconds and has a range of 400 km. It is also reported that will charge to 100% in just 9 minutes.

The car weighs 1650 kg which is not too bad for an electric car thanks to a carbon fibre tub used to reduce weight. The Evija has an adjustable rear wing which rises at high speed alongside the active rear diffuser which opens up at high speed to allow air to pass underneath which increases downforce. The car is all high tech and is set to have a limited 150 production number making it very much exclusive.

Finally, the new Mazda 3 has arrived on the shores of South Africa and is now on sale. This car is just super gorgeous with the design, there is so much resemblance from the hatchback concept they once showed at an auto show. Whatever trim model you go for, it just looks good, not many changes. The Mazda 3 comes with two engines, an entry-level 1.5 liter 88 kW engine with 153 Nm of torque, equipped with a manual transmission. The more powerful 2.0-liter engine with 121 kW and 213 Nm of torque is mated to an automatic transmission which comes as standard on this engine but as an option on the 1.5-liter engine. 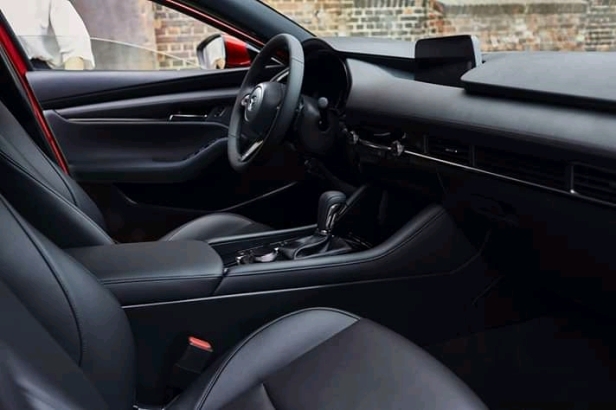 There are four model trims to choose from: Active, Dynamic, Individual and Astina. The Mazda 3 has grown so much in terms of design and the fabulous SkyActive engine. There is also a lot you get on the standard trim model such as LED headlamps, smart keyless push start/stop engine, an 8.8-inch touchscreen with Apple Carplay and Android Auto. High model trims get adaptive LED headlamps, parking sensors, reverse camera, sat-nav, sunroof and more. The range kicks off at R359 900 and top of the range spec costs R470 800. This is superbly priced well.

The baby SUV coupe from Audi sparked a lot of controversies stating that the company is desperately trying to increase the model range by introducing unnecessary models such as this particular Q3 Sportback. The Q3 SUV already exists and it looks pretty and making a Sportback model of it wasn’t such a bad idea at all. To make it look this good, the rear roofline has been decreased by 30 mm and that has sacrificed some boot space but it is still good enough for 530 liters capacity. 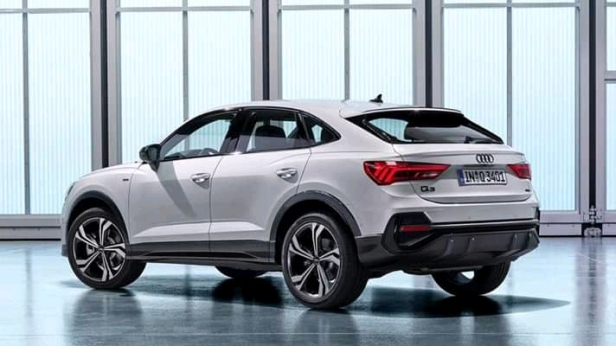 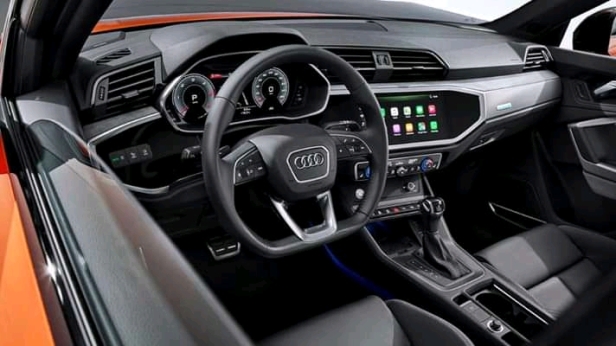 It comes with two engines: a 2.0-liter turbopetrol with 169 kW and 350 Nm of torque, and a 2.0-liter turbodiesel with 110 kW and 340 Nm of torque. Both engines are mated to a 7-speed dual-clutch transmission. The Q3 Sportback also gets a 10.25-inch Virtual Cockpit screen coupled with a 10.1-inch central infotainment touchscreen. The Q3 Sportback is set to arrive in early 2020 and will rival the BMW X2. 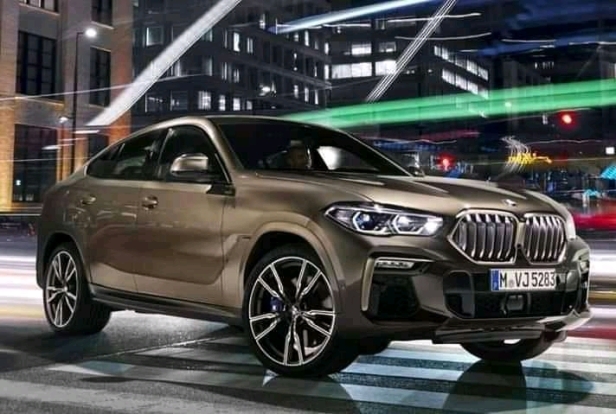 The father of SUV Coupes is back with a different attitude this time, intending to take back the crown as king of it all. The new X6 spots a similar front design as the BMW X5 but a very aggressive back end with new taillights. The kidney grille is larger and can now be optionally illuminated. It comes standard with LED lights and you can opt for laserlights if you want to. I love this new design and it looks way better than its predecessor.

Earlier on in July, the A45 S and CLA 45 S came to life at the Goodwood Festival of Speed. The most exciting part about these two models is the engine that has been fitted. They utilize a 2.0 liter 4-cylinder engine with an incredible 416 hp (310 hp) and 500 Nm of torque. This allows them to sprint from 0-100 km/h in just 3.9 seconds thanks to the 4Matic+ all-wheel-drive system. It also features drift mode to allow it to powerslide at will. They also come with a quick-shifting 8-speed dual-clutch transmission. 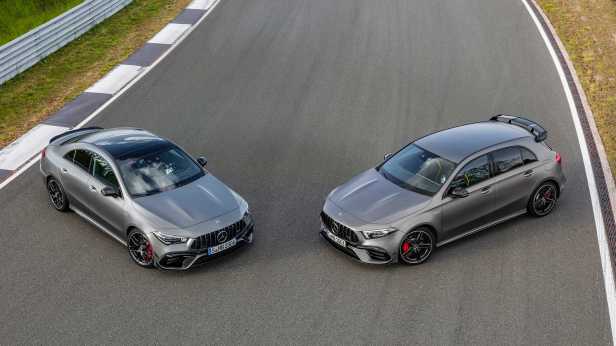 The design is super aggressive and I love the fact that the Panamericana grille makes the cars to stand out more. The deep front bumper on both cars look really good and optioned with the AMG Aerodynamic pack makes these cars to stand out. The only disappointment is that the quad exhausts are still fake and nothing more than just a show-off. The interior receives an AMG specific tachometer and unique leather upholstery AMG sports seats. These cars open up a whole new segment and lead on the competition to catch up with them.