About 4 days ago, rumours started going around suggesting that the Mercedes Benz X-Class will soon be discontinued. Launched back in July 2017 in Cape Town, the Mercedes Benz X-Class was set to be the world’s first true “premium” pick-up truck and yes it was but knowing very well that it was based on a Nissan Navara, became its downfall. Of course, you may know that the X-Class was developed alongside the Nissan-Renault Alliance and was an exciting opportunity for Daimler AG to explore the extension of Mercedes Benz models.

Unfortunately, the sales figures for the Mercedes Benz started plummeting as the years went by. Part of the reason has to do with the fact that the X-Class is a very expensive bakkie and it’s top of the range spec costs close to R1 million. That made it a ridiculous purchase according to many journalists who always stated that you could have any other bakkie that could do the job similar or even better. Not many people favoured the looks of the X-Class, you were just paying extra for the three-pointed star badge.

One other reason for its poor sales is the competition it was going up against. I’m talking about the Toyota Hilux, Ford Ranger, Volkswagen Amarok, its brother the Nissan Navara and many more. The X-Class is sold in four regions only which is Europe, Latin America, Africa, and Australia. South African bakkie enthusiasts were so excited to have a Mercedes Benz bakkie coming to SA but later learned it wasn’t what they expected. 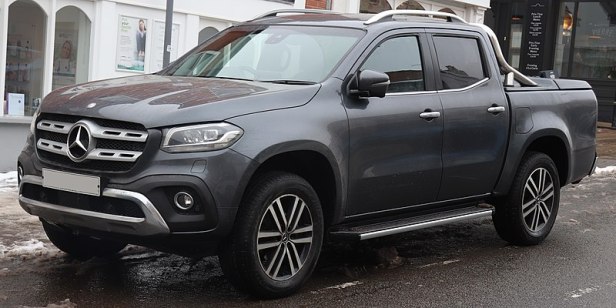 Here is an example: The X-Class range starts at R642 103 and you don’t get much equipment as standard on the X200d. For that kind of money, you can get the top of the range Ford Ranger Wildtrack which has 157 kW and 500 Nm of torque and comes with features such as cruise control and a rear-view camera. I get why the X-Class was expensive, it was more of a posh bakkie than others but to be honest, not many people needed that in a bakkie.

It was a very brave move for Mercedes Benz to consider making a bakkie and we have to applaud them for their creation even if things didn’t work out. It’s only been 2 years and they are already thinking of shutting down operations, and that has made other German manufacturers to not even think about making a bakkie. If it is deemed to be true that the X-Class will become ancient, is it back to the drawing board for Mercedes or just completely dropping it?