There are so much rejuvenating moments that are currently happening in the automotive industry with car manufacturers releasing new models every second and taking on the competition like never before. But one automotive maker stands out in 2019, that it BMW.

BMW has taken over 2019 and while they are still releasing some of the best looking cars, there is still quite more that is yet to be revealed later this year or early 2020. Even though there has been speculation back at BMW HQ like price shares dropping because of the CEO and him stepping down, that has not slowed down the progress for BMW, it still reigns on. Here are a few cars that we are expecting BMW to release very soon.

This one we are not certain that it will exist but with the A45 S and upcoming RS3 on the books, there is no doubt that BMW will let its competitors enjoy the hyper-hot hatchback without it participating. Yes, there is an M135i xDrive and we are pretty sure space was left intentionally for the upcoming hot hatch beast. The M140i will surely receive the same B58 3.0 liter 6-cylinder engine from the rest of the 40i models and will produce 275 kW & 500 Nm of torque. Although this seems like the M140i will still be down on power, maybe it might produce even more.

This one has been confirmed and will be revealed pretty soon. Since the M2 came out, it became so popular that the M2 competition pack is currently BMW M’s best selling model. This has to do with its absolute simplicity in delivering sheer driving pleasure and being the cheapest M model with the best engine and manual gearbox. However, the M2 CS pushes the limits with a reported power output of 445 hp which is more than a standard M3 F80 and basically the same power as an M3 F80 Competition Pack. We are still not sure which engine it will use, the B58 or the S58 but then again that amount of power is ridiculous in an M2.

This model was teased for quite a while back in 2017 and was long forgotten but now spy photos have resurfaced confirming that the 2 Series Gran Coupe is on the ropes of being in production. The reason why they are considering a 2 series four-door model is to challenge the new A-class sedan and Audi A3 sedan which has been around for some time. The 2 Series Gran Coupe will have the high-end M235i xDrive as the top of the range model just to rival the Mercedes-AMG A35 Sedan and Audi S3 sedan. Four-door means more legroom and headroom for rear passengers and I suspect that the boot capacity will suffer a loss of liter compared to the standard coupe model.

The brothers in blood and have always been closely matched will further receive new models set to be revealed later this year. The M3 will be the first to break cover as the new 3 Series G20 is already on sale and the M4 will follow later when the 4 series has launched. We already know that the models will be powered by the S58 engine found on the current X3 M and X4 M which is a 3.0 liter twin-turbocharged 6 cylinder. The standard M3 and M4 will chunk out 475 hp whilst the competition pack models will boost more than 500 hp. Rear-wheel drive will come as standard if BMW still goes with it whilst the M xDrive will be offered and can be switched through three driving modes, RWD, AWD, and AWD Sport.

BMW will also offer a manual gearbox which might come with less power but still this is great news. Obviously, the M4 will come as a coupe and convertible. CS models will follow later on and those will be high-end models set to produce around 550 hp.

The release of the latest 4 series models is nearing by and we cannot wait to see the two-door design which will resemble the 3 Series G20. Not much has been revealed about the new 4 series but we know that there are returning models with more power and torque. Such models are the 420i, 420d, 430i, and 430d, and xDrive will be offered as standard on some of the models. The newest M440i will be made available with 275 kW of power and will replace the 435i. I certainly can’t wait for the reveal of the 4 series range. 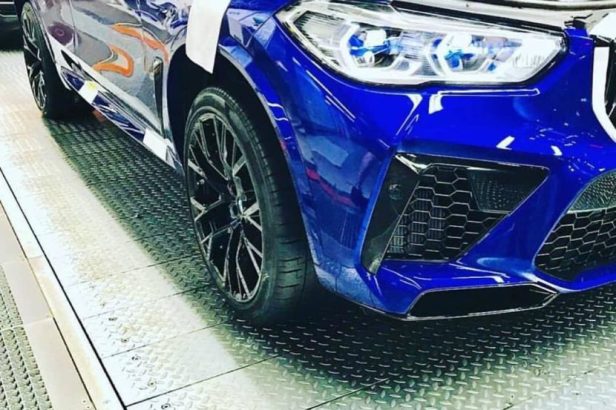 The BMW X5 and X6 have been revealed and now it’s time for their menacing, performance models to be revealed. There have been leaked photos of both models and by the looks of it, they look more aggressive than ever. Both cars will be powered by the 4.4 liters twin-turbo V8 which produce 600 hp and 700 Nm of torque and will go an extra mile to produce an extra 25 hp on the competition models. The X5 M and X6 M will come with M xDrive with only two driving modes, AWD and AWD Sport. When you switch to AWD sport, most of the power will be sent to be rear thus making it rear-wheel-drive bias. New M brakes will be featured as standard coupled with M suspension and M active dampers.

BMW will be taking a step into the future with more models joining the BMW i3 and i8 in the BMW i division. Mercedes Benz EQ and Audi E-Tron brands are added new models to their electric sub-brands and BMW will be adding a 4 door electric sedan and electric SUV. The 4 door sedan will be called the i4 whilst the SUV is dubbed the iX3 and will mostly be based on the BMW X3 SUV design. Not much is known about these two models but there is also a third one coming also and we are not sure what it’s called or what body type it is. The future of mobility is shaping and BMW will surely deliver with their electric sub-brand.