The month of June has shown us that the car industry is becoming more and more interesting as time goes by. Car manufacturers once again proved that they still can remain relevant and popular amongst their customers. Last month we saw a wide variety of exciting car launches and car reveals. Some nameplates of extinct cars were resurrected whilst some were given a complete makeover, here is our top 10 favorite car launches and reveals of June 2019.

This car was revealed earlier on this year and has recently launched in some parts of the world and is set to launch in South Africa. The Clio has been around for ages and quite surprisingly has become more popular in the budget segment whilst competing against the Volkswagen Polo. The new refreshed Clio looks really good and it’s supposed to be that case as it has adopted most of its new looks from the outgoing Megane. Renault has also announced that it will come with a newly developed hybrid engine that will feature on future Renault models.

The E-Tech hybrid features a 1.6L petrol engine with 2 electric motors with a 1.2 kWh battery. This is said to reduce fuel consumption by 40% and increase effective power transfer by 80%. That engine will only launch in 2020, for now you get a choice of 3 petrol engines with the naturally aspirated 1.0-liter engine producing 48 kW/56 kW and the 1.0 L and 1.3L turbo petrol engines producing 73 kW and 84 kW respectively. The interior has been redesigned to look more high-end featuring a vertical center touchscreen with GPS navigation and wireless charging. The Clio is set to launch this month or next month in SA with an estimated starting price of R240 000.

Those who heard the news that Ford was bringing back the Puma nameplate were very much excited as they were expecting a modern, fast compact coupe. Unfortunately for them, it didn’t turn out to be that case, the Ford Puma came back as a subcompact crossover SUV. I get why Ford went with this idea because of the ever so growing SUV segment. Lots of opportunities in that segment and the looks of this new baby SUV aren’t too bad at all. It looks really chunky and cute, especially in this ST-line.

The quirky SUV has only one engine announced and that is a 1.0L Ecoboost 3 cylinder turbo petrol with 153 hp (114 kW) and 240 Nm of torque. Quite recently, the Ford Puma made its debut publicly at the Goodwood Festival of Speed and it looks like people were very much interested in it. There has not been word about it arriving in South Africa anytime soon and I highly doubt that we might even get it. Ford should consider selling it locally should SA citizens show interest.

This has to be the only Lexus model I don’t like at all but the facelifted model for 2019 rather looks much attractive. The goons at Lexus have updated quite a lot of things on this sports car and even added a special model just to compete against the BMW M4. The RC-F returns with the same naturally aspirated 5.0-liter V8 engine but with more power, 472 hp (351 kW) and 535 Nm of torque. Some significant exterior changes include redesigned headlights and new LED headlights. 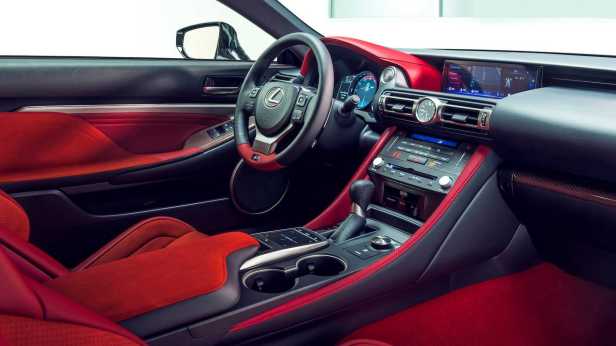 The normal RC-F sprints from 0-100 km/h in just 4.2 seconds whilst the track edition can do it just shy 4.0 seconds. The RC-F track edition is 80 kg lighter than the normal RC-F thanks to a carbon fiber roof and hood. It also has a badass rear spoiler, 19-inch forged alloy wheels and carbon ceramic brakes. Lexus may only see one competitor but they must also consider Alfa Romeo as a serious one. The RC-F will start at around R920 000 whilst the RC-F track edition will be around R1 370 300.

The Q7 has always been one the best SUV’s in its segment but it lacked one thing, looks. The exterior design was a bit more of a regular SUV and it didn’t stand out like it was supposed to and made it a bit boring to look at. However, the facelifted one has come out of its cave and it’s ready to shine with its extravagant looks. The headlights have been redesigned to look slimmer, the body creases have been improved, it’s now 11 mm longer and features Audi’s animated LED lights. 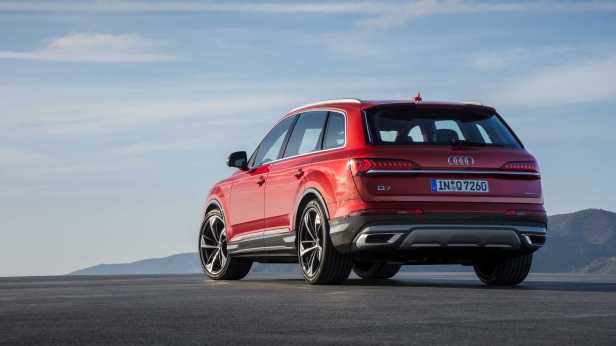 Talking about lights, you can now opt to have standard LED lights, Matrix LED lights or Matrix LED with laserlights. There is also a new petrol engine added to the range, a 3.0 liter V6 turbo petrol with 340 hp (253 kW) and 600 Nm of torque. It can sprint from 0-100 km/h in just under 6 seconds. The Audi Q7 facelift has also ditched the swivel wheel to control the MMI infotainment screen which now has dual touchscreens. Not a bad choice but the old control was simpler to use while driving. 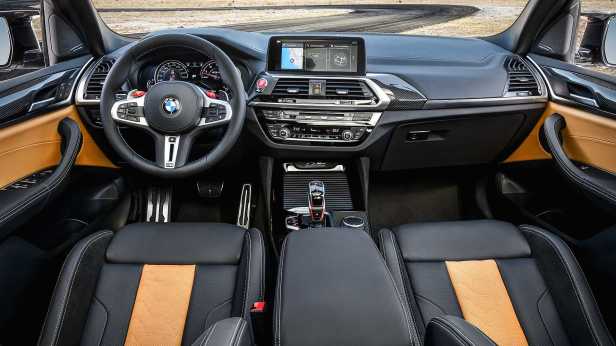 The M SUVs come with an 8-speed automatic transmission and not a dual-clutch transmission for some reason. The X3 M and X4 M sprint from 0-100 km/h in just 4.2 seconds whilst the competition pack X3 M and X4 M can do it in 4.1 seconds. This is possible thanks to the M xDrive which is configurable with only 2 driving modes, AWD and AWD sport, sorry no 2WD for the SUVs. I really think buying the X4 M is a waste of extra cash, rather just save money and buy the X3 M because it looks better, it’s less expensive and has a bigger boot.

Audi has been busy recently releasing new S models like the S7, S6, and S4 and now they have taken their flagship Q8 and given it the S treatment and created a machine. The SQ8 has received a number of upgrades such as a powerful engine, a ridiculous front grille design, a specific S interior, 21-inch wheels, and quad tailpipes. The engine is 4.0 TDI V8 with 429 hp (320 kW) and 900 Nm of torque which is a ridiculous amount of torque. 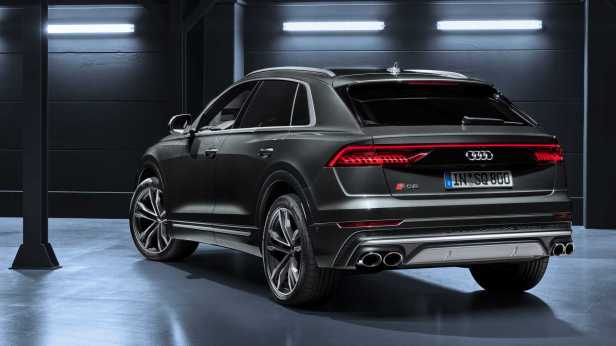 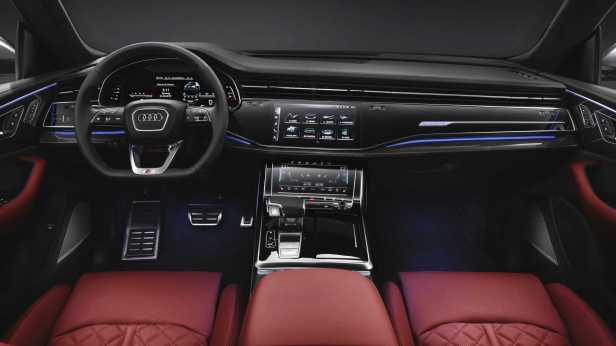 The SQ8 produces more power than the X7 M50d and produces the same power as a GLE 53 AMG. I really don’t get why Audi is using diesel engines for the S models, I mean sure they produce tons of torque but they are heavier. I don’t think they can better compete against BMW M40i’s or Mercedes-AMG 43 models. But they are here and we need to test them out and see if they are good enough.

The Mercedes Benz B-class finally has a partner in crime and that is the first ever Mercedes Benz GLB. This is Mercedes Benz entrance to compact SUV segment featuring 7 seats on such a small SUV. I’m pretty sure they are trying to explore more of this option and see whether customers will show interest. The box shape of it means that the car is practical and versatile with a boot capacity of 560 liters and 1755 liters with all seats down. It has a 2829 mm wheelbase, its 4634 mm in length and 1834 mm wide.

The GLB will start production soon at the Mexico plant and 2 petrol plus 2 diesel engine options have been announced. The GLB 200 and GLB 250 will each have a 1.3-liter turbo and 2.0-liter turbo. The diesel engines are on the GLB 200d and GLB 220d and 4Matic comes standard on the 220d while on other trim levels is an option. The interior is similar to the B-class and features Mercedes Benz latest MBUX infotainment system with a dual screen setup. The GLB will go on sale later this year.

From the land of Stuttgart comes the next generation sports car that has been around for quite some time and is considered one of the most iconic cars ever made. The Porsche 911 is back in 2019 and has received quite the makeover and most notably is the rear strip taillight. The engine is the same on all trim levels, a 3.0 liter twin-turbo flat-six with 444 hp (331 kW) and 530 Nm of torque. There is a choice of the Carrera S or Carrera 4S with rear-wheel drive or four-wheel drive.

The 911 comes in two variants, a coupe, and cabriolet. The new 911 is 45 mm wider and now has the body panels made out of aluminium. The exhaust tips are much larger but the sound is still vague, it has pop-out door handles, the famous Porsche retractable rear spoiler and LED lights. The interior receives a luxury design input with the instrument cluster having two 7-inch digital screens and an analogue tachometer on the center which I think looks pretty cool. The Porsche 911 is yet to get the Turbo S and GT3 RS very soon. 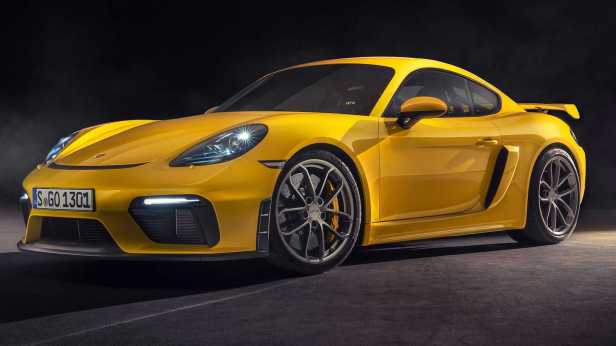 It’s two Porsches back to back on our top 10 list and this particular one on our number 2 spot has literally made everyone fall in love with it. Porsche has created a masterpiece for the track day purists and has used the same recipe racers all love. The ingredients are as follows: a naturally aspirated 4.0-liter flat-six with 414 hp (309 kW) & 420 Nm of torque, a six-speed manual gearbox, rear-wheel drive and an engine that can rev up to 8 000 rpm without breaking a sweat. It sounds really good but what about the looks. 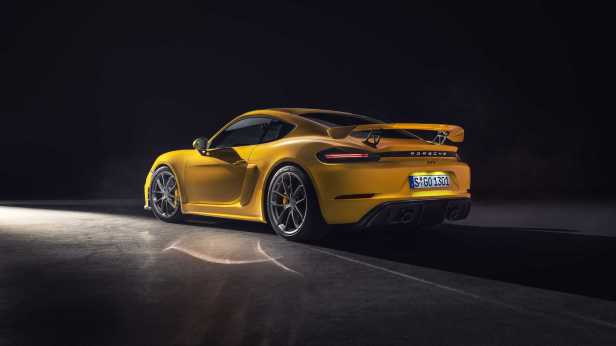 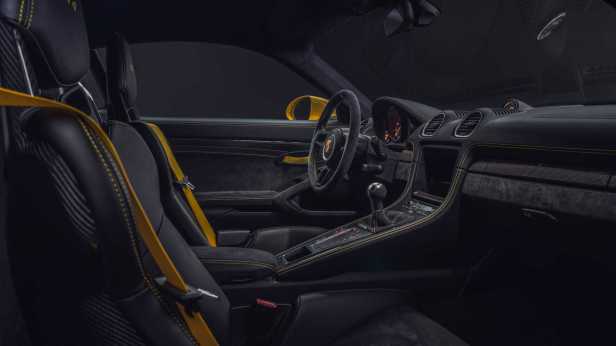 Most track day cars sacrifice looks for speed and aerodynamics which end making the cars look horrid but with the 718 Cayman GT4, the looks are quite sexy. You get a deeper front-end bumper, a massive rear wing and dual tailpipes with an exhaust sound that makes you get cargasm like never before. The performance stats are mind-boggling, it can do 0-100 km/h in just 4.4 seconds and has a top speed of 304 km/h. Now fans of speed will now face a decision of having this or the current popular M car, the BMW M2 Competition Pack.

When the wraps came off the new BMW 8 Series Gran Coupe, It outgrew my expectations and the way it looks makes it very much attractive. The body style of the car from 70 degrees viewing angle on the side makes it hard to realize this is a 4 door car at all, in fact, you have to stare at it for quite a while to notice that it has 4 doors. The 8 series Gran Coupe will come with two petrol engines and a diesel. The range-topping M850i has a 4.4 liter twin-turbocharged V8 with 530 hp (390 kW) and will kick-off the launch with many equipment coming as standard such as xDrive. The 3.0-liter six-cylinder turbodiesel 840d will also be made available as well as the recently introduced 840i.

The 8 series Gran Coupe sits four people in luxurious comfort and it has borrowed some luxurious features from the BMW 7 series.  It comes standard with various driving aids such as Adaptive M suspension, high beam assistant, parking assistant and more. The digital instrument cluster and 10.25-inch iDrive infotainment touchscreen come as standard across the range. The new BMW 8 Series Gran Coupe will surely be the most expensive BMW ever made. Expect it to launch later this year alongside the M8 Coupe and Convertible in November.