The full-size SUV segment just got a whole lot exciting with BMW entering it for the very first time with the all-new BMW X7. Not a lot of people were paying much attention to this particular segment but it has grown by a margin over the years and has attracted many car manufacturers such as BMW. With the release of the BMW X7, Mercedes Benz decided to up their game by updating their full-size SUV line-up and giving their famous GLS model an all-new design look.

When the Mercedes Benz GLS sales started plummeting in 2018, they had to come up with a new car to win back their customers. The GLS is quite famous in the US with more than 20 000 units sold every year and well that’s not bad for a full-size SUV. Now BMW has seen an opportunity to enter the US market where full-size SUV are quite popular and have launched the X7 with two petrol engines. 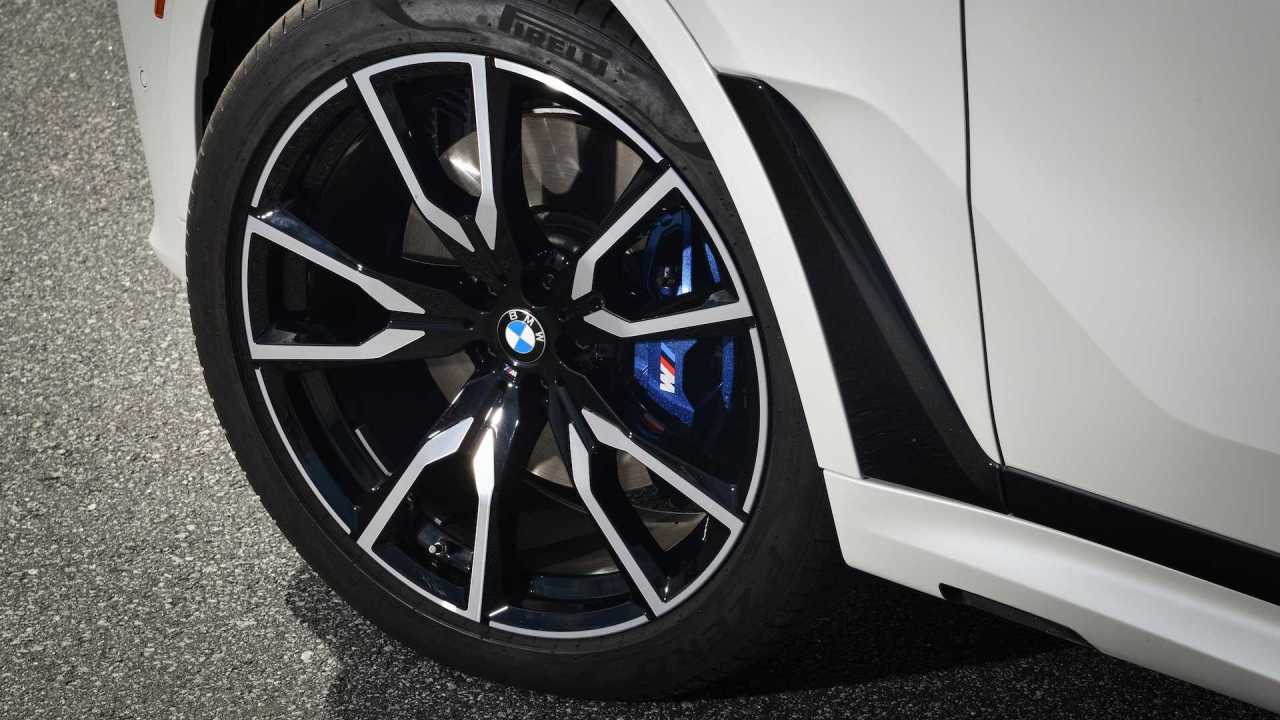 Now the X7 has just gone on sale and that leaves the new GLS behind because it has just recently debuted at the New York Auto Show. What’s more, is that the GLS is aiming at giving consumers the S-Class experience.

The X7 looks really good but many speculate that the kidney grill is a bit too large and are mocking it saying that future BMW cars will have large grills. I like the fact that the X7 shares no design language with other BMW models which makes it very unique. You have a more slim headlights and taillights design and BMW Laserlights which come as standard on the entire X7 model range. You get 20-inch wheels as standard but you can opt for some 22-inch wheels. The looks of the X7 has received praises from many car enthusiasts because we thought that it will be ugly as the Concept X7 iPerformance.

On the other hand, the GLS also looks really good. It does have a large grill but it’s not preposterous like the X7. You will notice how unusually large the Mercedes Logo is on the grill but it makes the GLS stand out. The Mercedes Benz MULTIBEAM LED comes as standard across the entire model range. The headlight design is a lot slimmer and similar to the GLE but just looks better. You get 19-inch wheels as standard and optional 22-inch wheels if you like. People don’t like how the new GLS looks, stating that it has lost its bold look. Between the looks of the X7 and GLS, I’d say the X7 takes the cup because no matter what trim model you get either in Luxury or Msport, it still looks beautiful. 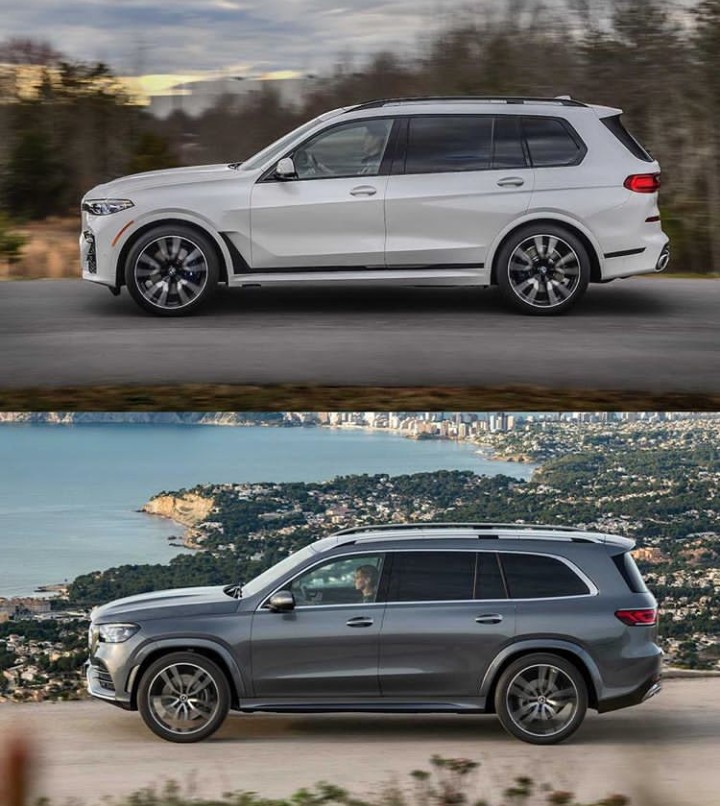 During the years when full-size SUVs where introduced, people went on to purchase them because of their large body scale and the interior space they offered. Luxury full-size SUV, on the other hand, offered even more than just space, they had to bring comfort and precision to the table. We were wondering how big the X7 and GLS is and here are the dimensions:

BMW’s interior design just got a lot better and that puts it on the same level as the GLS. The GLS would’ve been nicer if it had circular air vents like the S-Class but still it looks very exquisite. There is quite a lot of kit that you get as standard on both cars. For instance, in the X7 you get the digital gauge cluster and 12.3-inch infotainment screen which can be operated via touchscreen, swivel wheel, voice control or gesture control. You also get onboard WiFi, Apple CarPlay, 10 Speaker Stereo, heated seats, leather seats, panoramic sunroof, driving assist package and more.

It’s the same story with the Mercedes Benz GLS. You get a two large 12.3 inch screens, one for the gauge cluster and one for the infotainment system. The GLS comes with the latest MBUX system which features voice control and other exciting features. There are also leather seats, panoramic sunroof, heated seats, driving assist features and onboard WIFI.

Both cars have 7 seats and both can be equipped with the second row having two individual seats for that increased luxurious experience. The third-row seats in the X7 get its own sunroof but the GLS doesn’t have that feature. These cars will surely take 7 or 6 people on a comfortable drive with ease. 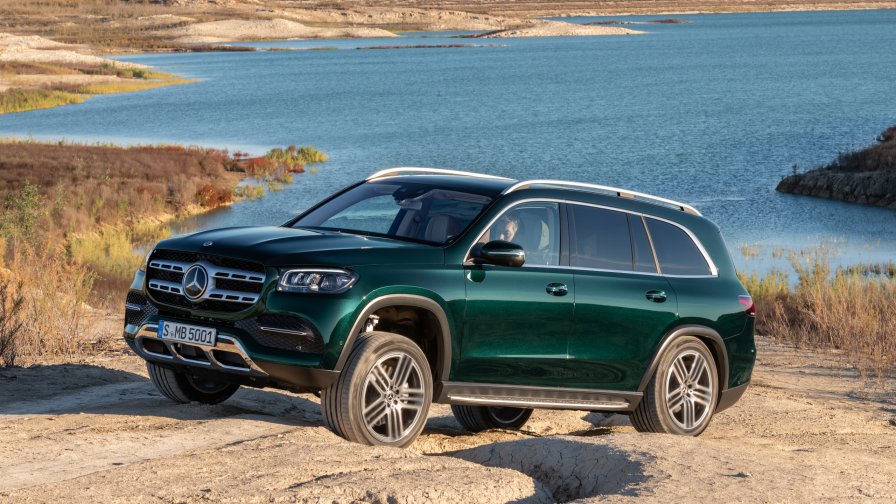 The GLS is set to launch later this year but you can purchase the X7 and the asking price is R1 544 500 on the entry-level model. Many people don’t like full-size SUV’s but you can be damn sure that these two German SUVs will change people’s mindset because they both look really beautiful and offer more in terms of performance and luxury. 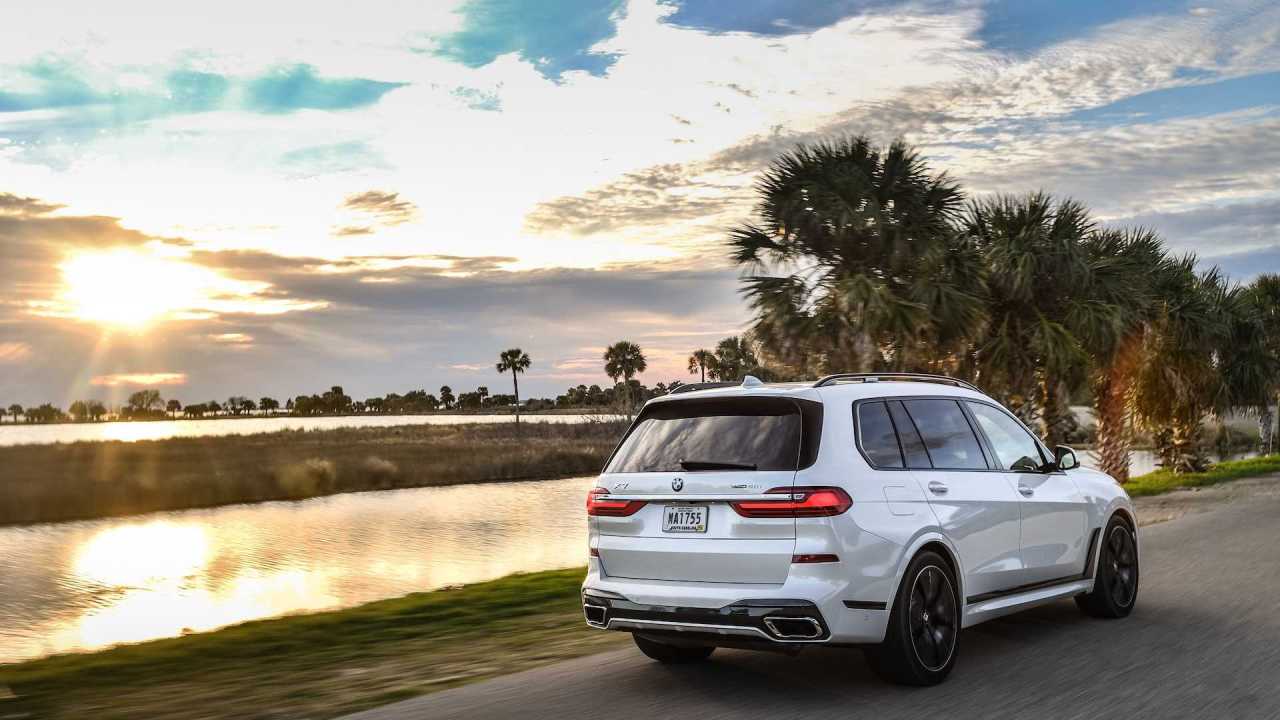 All BMW on the slideshow Image Credit: Motor1