The 2019 International Geneva Motor Show has landed recently and gave a platform to car manufacturers to unveil their latest creations. There were lots of cars that were revealed at the Geneva Motor Show and we just cannot cover all of them but here is a segment that most of us are interested in, supercars. Of course, the top luxurious car manufacturers couldn’t miss the opportunity to showcase the cars most people cannot afford but still show interest as cars like this are really intriguing. Here are our top 5 hypercars revealed at the Geneva Motor Show. 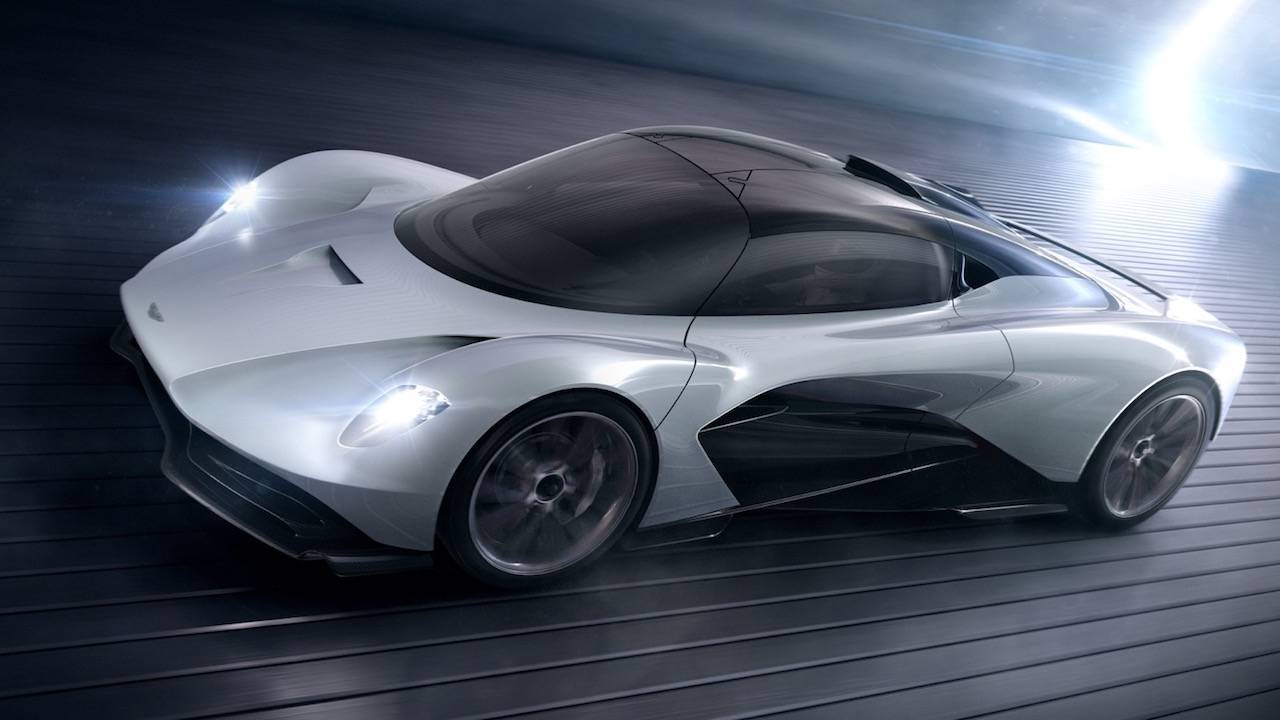 The Valkyrie just got a new baby brother which is joining the line of Aston Martin’s hypercar train. I see it as a baby brother but this has been dubbed ‘the son of Valkyrie’ and it is the third hypercar made by Aston Martin. Not surprisingly, it will share some technology and driver aids with the Valkyrie and it’s also being developed alongside Red Bull Racing F1 team which is also involved in the Valkyrie project car.

The codenamed AM-RB 003 will use a hybrid V6 engine and power output has not yet been announced but so far we know that it will be very quick and Aston Martin is very much brilliant in making hypercars these days. I mean look at the Vulcan. That is a proper track day car which looks quirky and is top notch fast. The AM-RB 003 will be limited to only 500 units and if you want one, it might cost you around R17 million or even more as prices have not yet been confirmed, just a guess.

Several months ago, McLaren reported that they will create a successor for the iconic McLaren F1. They released images of the Speedtail immediately after the announcement and now car journalists were able to view it properly here at Geneva. The engine spec of the Speedtail is still unknown but McLaren says it is a hybrid and it produces 1 036 hp (773 kW). They also claim that the Speedtail will do 0-299 km/h in just 12.8 seconds and has a top speed is 400 km/h.

The Speedtail looks good but car enthusiasts were mocking it for having a similar rear design like the Koenigsegg Regera but all is forgiven because the heritage still continues. What heritage am I talking about? Well, the interior has the 3 seat layout like the F1 whereby the driver’s seat is on the center of the interior. Another interesting thing is the door mirrors pop out when the ignition is turned on and houses two HD cameras and the driver sees through digital screens. Only 106 Speedtails will be made and you can’t buy one because they are already sold out. One costs around R39 million. 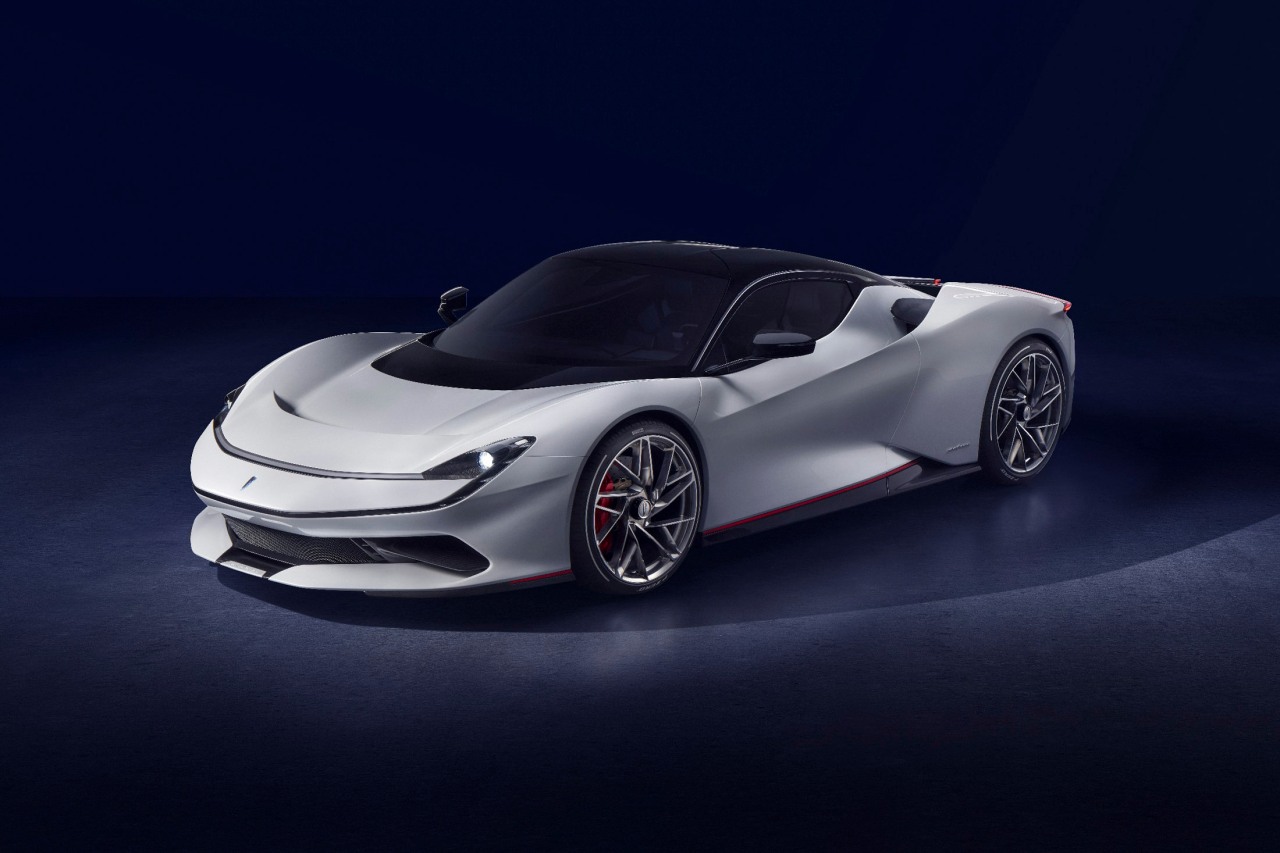 Here comes another Tesla Roadster rival. Its called the Battista and its an electric lightning speed sports car. Like the Tesla Roadster, it has a 120 kWh lithium-ion battery but this is supplied by Automobili Rimac which has a range of 451 km when fully charged. It has four electric motors and each is mounted on a wheel. It produces 1 877 hp (1 400 kW) and 2 300 Nm of torque. The reported 0-100 km/h sprint time just blew my mind when they said it. It can do it in just 2 seconds! The top speed is 349 km/h, electric cars are amazing.

When people found out that its called the Battista, they were quick to roast it as the name is similar to the name of the famous former WWE wrestler, Dave Batista. But the name is a tribute to Pininfarina’s founder, Battista Farina. The Battista is considered a sports car but with speed and power like that, it also qualifies as a supercar. 150 units will be made and should cost an estimated R32 million each.

Another insane hypercar revealed at the Geneva Motor Show is the Jesko. Named after Jesko Van Koenigsegg, the father of company Founder and CEO, Christian Van Koenigsegg is a 300 mph (483 km/h) hypercar. This uses a re-designed 5.0 liter twin-turbo V8 engine which Koenigsegg says is a one of a kind engine they can’t let go, or maybe they can’t afford to make a new one. The engine produces 1280 hp (955 kW) on standard petrol but it can chunk out 1 600 hp (1 195 kW) if you use E85 biofuel.

The Jesko comes with an LST 9-speed gearbox which Koenigsegg calls it Light Speed Transmission. The Jesko is sort of a replacement for the Agera name. The design looks good especially the active big rear wing which is similar to the Koenigsegg One:1. The wing provides 1000 kg of downforce to improve maneuverability and stability. To improve grip, the Jesko has active rear wheel steering. It was not intended for track days only but to also be a grand tourer plus it has a removable hardtop. The Jesko will cost around R40 million. 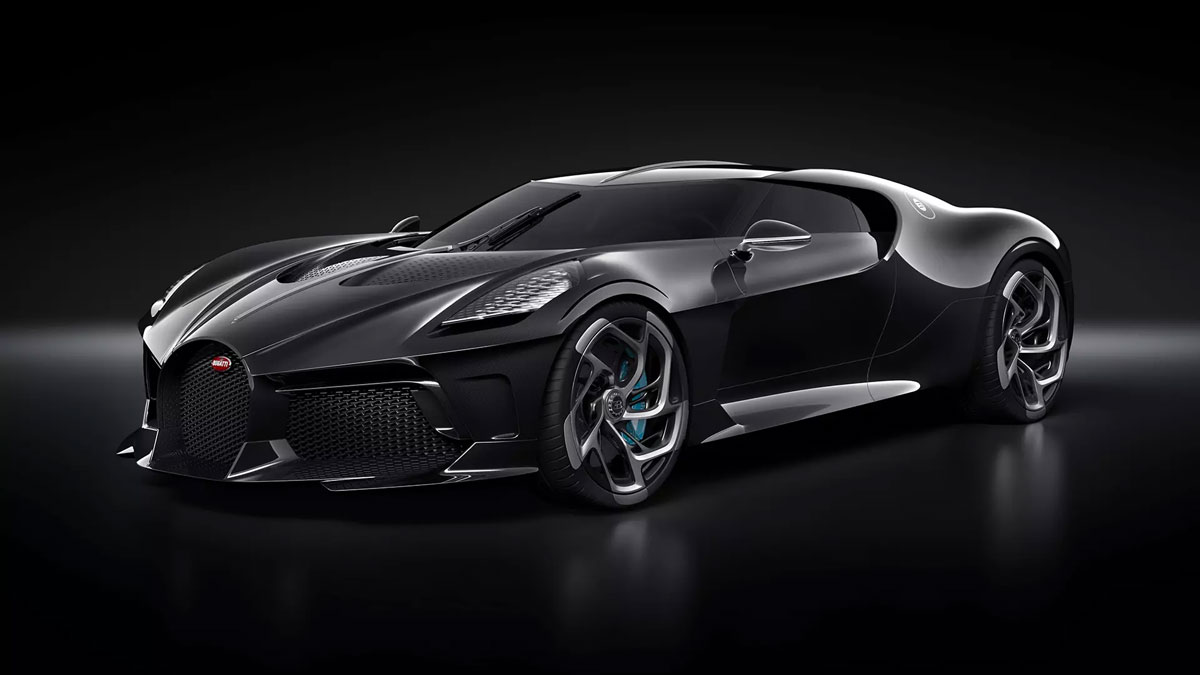 On the number one spot is the greatest supercar maker which almost every ordinary person knows about. To mark their 110 years anniversary, Bugatti has created a one-off La Voiture Noire which its roots can be traced back to the iconic Bugatti Type 57 SC Atlantic which was created by Ettore Bugatti’s eldest son, Jean. The body of the La Voiture Noire features an all carbon fiber with a deep gloss black color scheme. 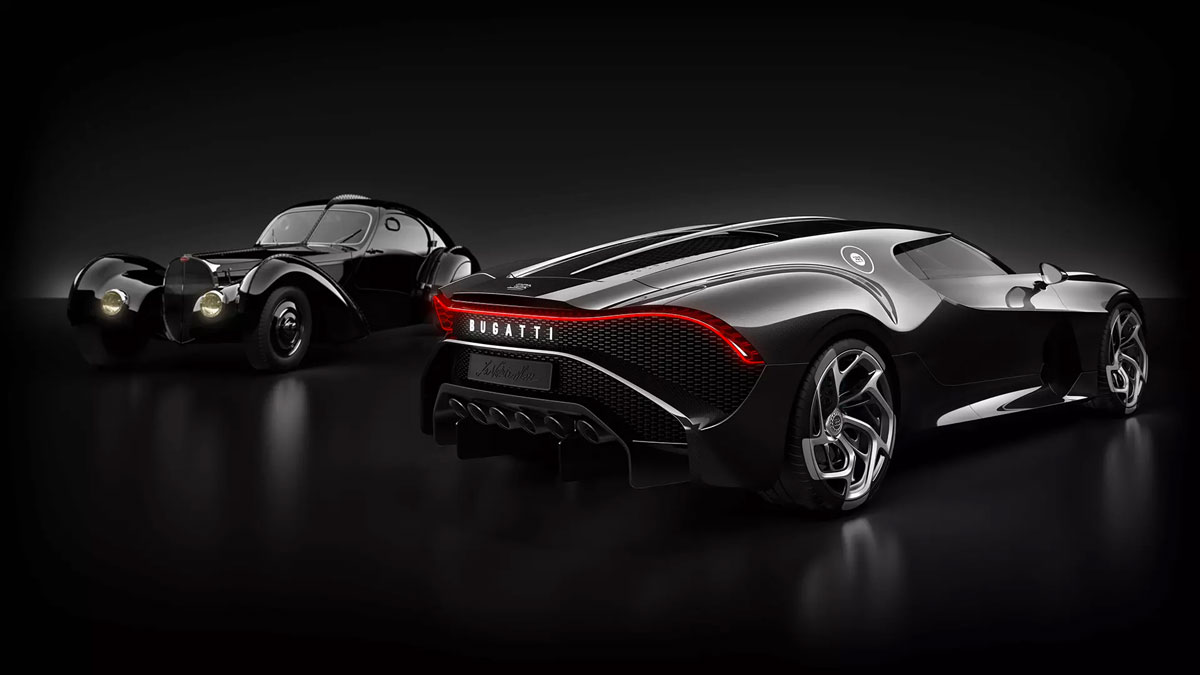 The design is exceptional with the front being similar to the Divo, the rear strip taillight just completes the beautiful design. There are 6 tailpipes on the La Voiture Noire which is similar to the Type 57 SC tailpipes. The engine is an iconic 8.0 liter 16 cylinder quad-turbo which produces 1 480 hp (1 103 kW) and 1 600 Nm of torque. The funny thing about this Bugatti is that only one was made and has already been sold. Reported to have cost the owner R178,5 million making it the most expensive car in the world. That amount is just before taxes and it could be more than R200 million including tax. This really took my breath away, just brilliant.